Caring for Your Automatic Transmission

Transfer Cases: How They Work

Transmission Rebuild Shops Near Me Our Different Types of Transmissions

We have a number of transmission available at High Gear Transmission.

The AX5 has applications with the 1984-2006 Jeep YJ, XJ, and TJ models and variants can be found in Toyota cars and light truck applications. 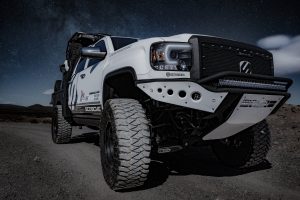 The NSG370 is a top-shifting, longitudinally-loaded transmission. The NSG-370 features six speeds with a direct drive fifth gear and an overdriven sixth gear. The NSG370 manual transmission is fully synchronized in all gears and has helically cut gears for all speeds.

The NV-3550 is a longitudinally-loaded, top-shifting transmission used in Jeeps and smaller GM trucks.

The NV5600 was originally standard behind the high output 5.9L Cummins engine. The early NV5600 version, which was produced from 1998 midway thru 2000 is known to have synchronizer problems and a weak input shaft. In 2001, the NV5600 received an upgraded clutch, input shaft, and improved synchro design. This was in response to many issues owners had regarding these components, especially while towing heavy loads. All of our NV5600 units are completely upgraded and are backed by a warranty depending on your needs. 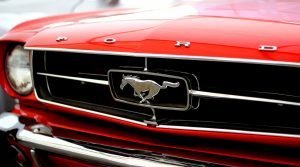 Our rebuilt MT82 Mustang Manual Transmissions will work like new and save you loads of money! This transmission, like all our others, is backed by our quality guarantee.

This transmission has been used heavily by car manufacturers such as GM, Ford, AMC, and Chrysler (during the early 60s).

The T56 Manual Transmission is a 6-speed transmission which can adapt for many different types of applications. Originally, the T-56 Manual Transmission was designed and built by Borg-Warner for the Dodge Viper. In 1992, General Motors began using it for its generation II and future engines. As of 1998, Tremec took over building the T56, but left it as is without changing anything.

The G-56 is available in a full-size pickup truck and the only manual transmission currently available for class-5 and class-4 trucks. The G 56 is most commonly used in Ram trucks and Mercedes-Benz trucks.

Transmission Rebuilders Near Me

All of our units are completely cleaned and inspected for flaws and malfunctions. We have never had a return on any of our rebuilt transmission and pride ourselves deeply on the work we do. All of our units are new or like-new, 100% dyno tested, can include a warranty based on your needs, and are available for continental or worldwide shipping. Our freight cost for most transmissions is around $150-$200 depending on the size and weight of the transmission.